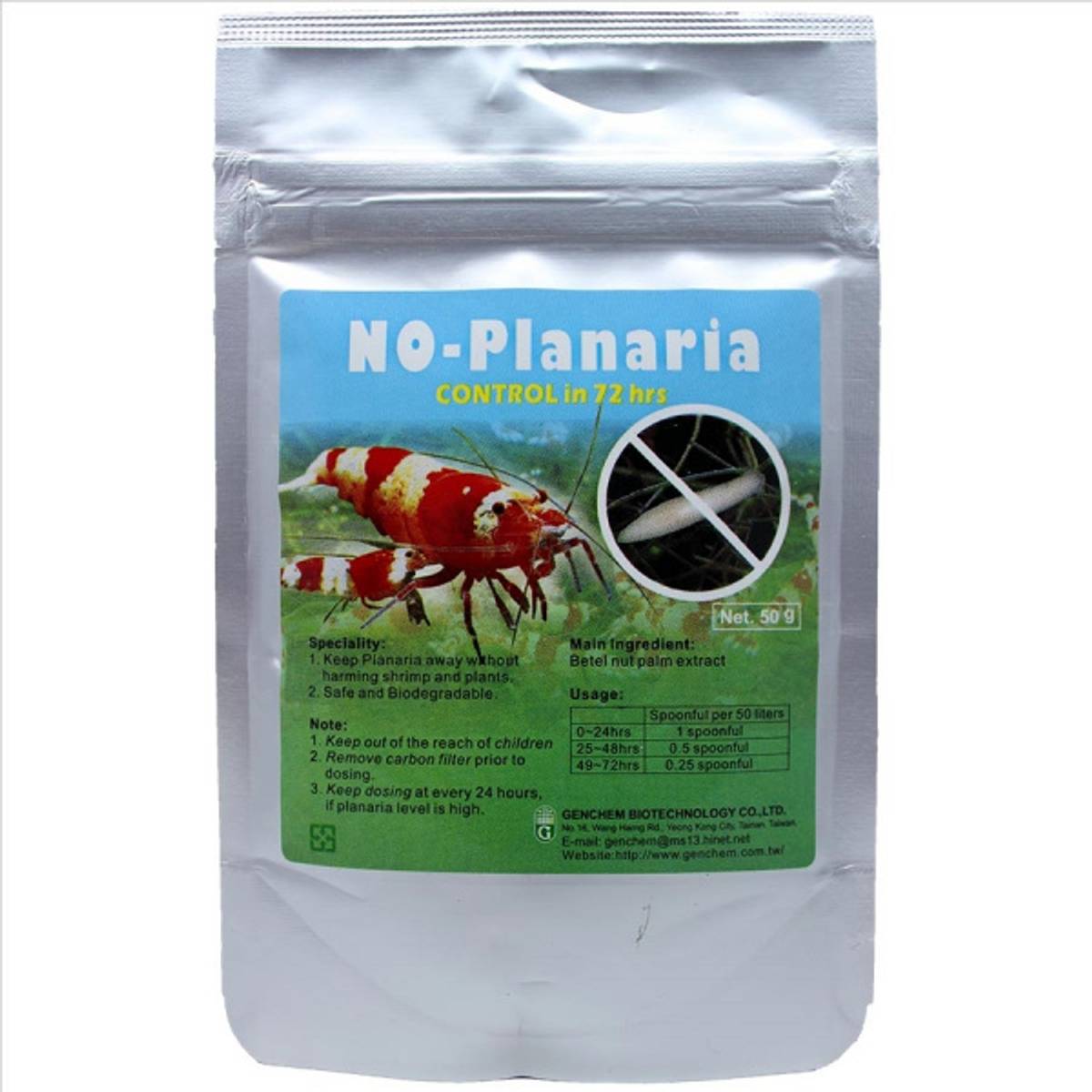 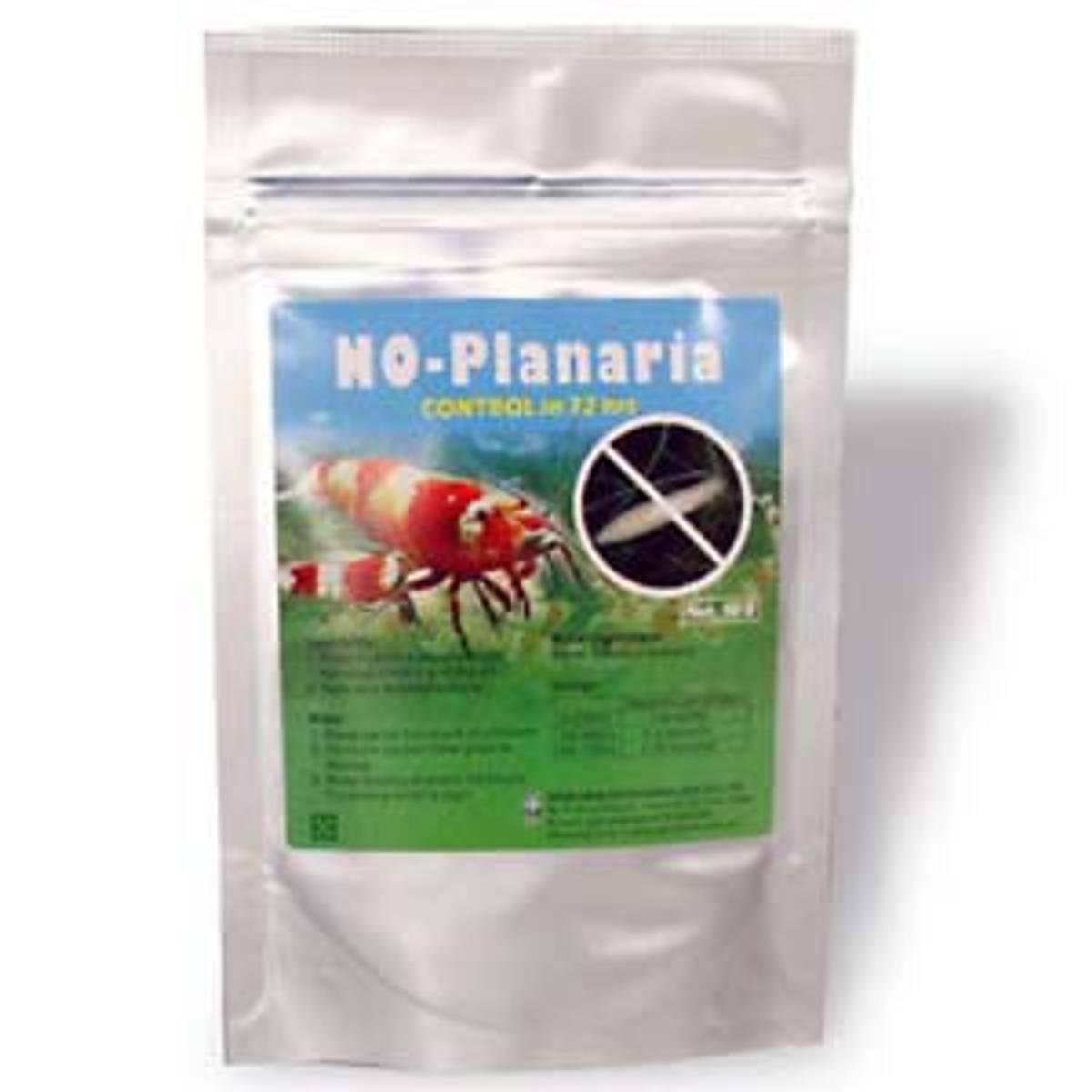 No planaria kills planaria and hydra without affecting shrimp. When planaria gets in contact and absorbs No-Planaria, it will suffocate and die off quickly. Please note, that No-Planaria will kill certain snail species as well (Malaysian Trumpet Snails and Nerite Snails should be mentioned).

PLEASE NOTE: The small dosing spoon is inside the package.

When using No-Planaria, please do NOT overdose, we actually recommend to stay under the dosage on the package. Additionally make sure that enough aeration and oxygen supply is present. After the use of No-Planaria big water changes are a must (we want to reduce the amount of left over No-Planaria plus the dead planaria will be sinking into the substrate, where they start degrading and increasing ammonia and subsequently nitrate levels). One big water change after day three and there after several smaller ones should take care of this. Please keep monitoring your water parameters during and after treatment.

And as usual: prevention is better than cure. Overfeeding is the main cause of planaria. If you notice planaria in your tank, there is no reason to panic. A single planaria won't threaten your shrimp, only when they start rising in population they can become a threat (competition for food and predatory behaviour towards baby shrimp in the case of some planaria species).

If you have planaria in your tank, you will know what a pain they are living in your aquarium. If you're not sure what they look like, they're white flattish worms that tend to be about 10mm long and eat pretty much everything (apart from plants). Planaria scavenge food and as a result are impossible to get rid of. They will also compete with shrimp, and if allowed will attack them or their eggs. If you feed your shrimp food, planaria will get there first which is what makes them so hard to get rid of. In the past it has always been difficult treating a shrimp tank with anything, particularly a wormer which gets rid of Planaria. Shrimp are very sensitive and as a result can easily be effected. Genchem No Planaria eradicates planaria without effecting shrimp.

• A safe treatment without effecting shrimp or plants

Please Note: Remove carbon from your filter prior to dosage and dose according to packet instructions paying careful attention not to over dose. After 72 hours perform a 25% water change and use activate carbon in your filter for a few days. Some snails can also be sensitive to Genchem No Planaria, if snails are present, we suggest re-homing during treatment with No Planaria.